Today marks the release of the next evolution to the VxBlock, the VxBlock 1000.  With this release, comes a departure from a few of the norms. Before I dive into the architectural changes, I want to highlight one of the biggest changes on the operations side. As of this announcement, the VxBlock 1000 is Ready to Ship (RTS). This means you can order it today. This is a change to the processes & procedures of old and one of the benefits of the new business model of DellEMC. Going forward, I would expect to see same day availability during future announcements as well.

So what is it? Well as I hinted to it in the title, this is a change from the previous VxBlock designs. Last week, there were 3 you could choose from (350, 540, & 740) and each came with a storage option, the 350 came with rack mount servers, and you could get various data protection options through tech extensions. Going forward, there will be only 1, the VxBlock 1000. With this new architecture you can combine various storage and server options to get exactly what you need. Compute options include both blade and rack mount cisco M4 & M5 servers. Storage options include the new Unity X50F, VMAX X50F, XtremIO X2 (coming later this year), and Isilon Gen 6. Combine in Avamar, Data Domain, and the DPS Suite as fully baked in supported options (which means tech extensions are no longer required). All of this is now covered under a single RCM as well. Changes also come to the management appliance (known as the new AMP-VX). It’s now smaller, cheaper, based on VSAN, and comes with integrated data protection. 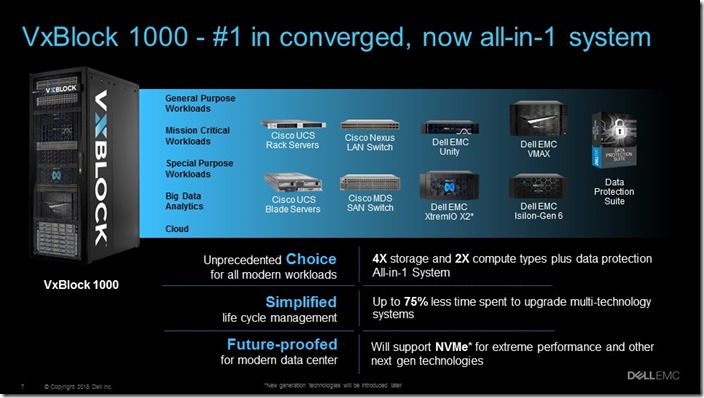 Think of this as a simplification. No longer do you need to design a VxBlock for one or two workloads, you can now consolidate multiple solutions into a single system, allowing it all to be managed and supported together. Even if you need to have multiple VxBlock 1000s (which already scale to 14 cabinets each), a single AMP-VX cluster can manage up to 8 systems in total. 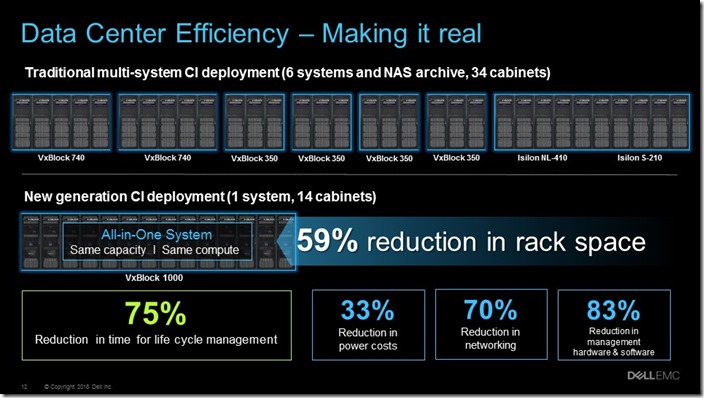 Personally, as a vArchitect for New England, I’ve been looking forward to this since I first heard about it internally. I think the simplification of the design means I can get exactly the right solution for my customer’s needs. 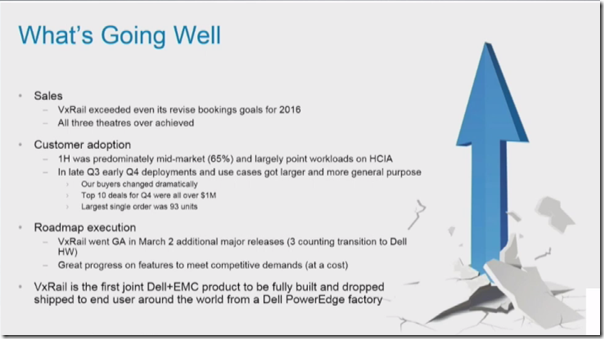 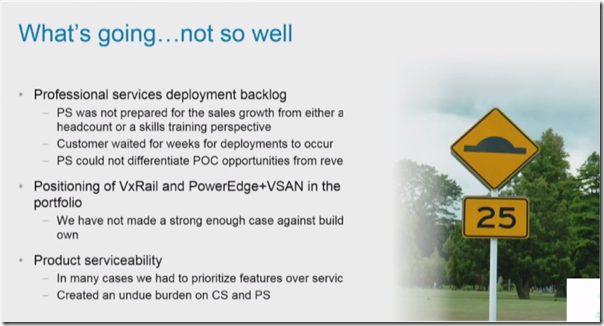 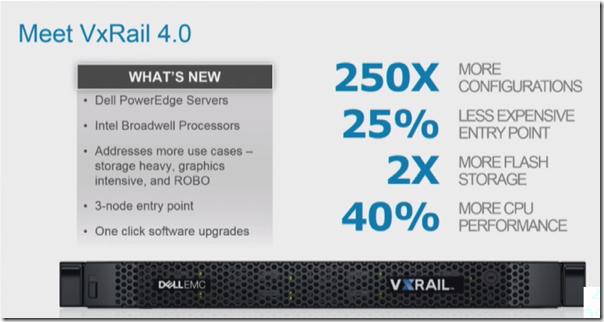 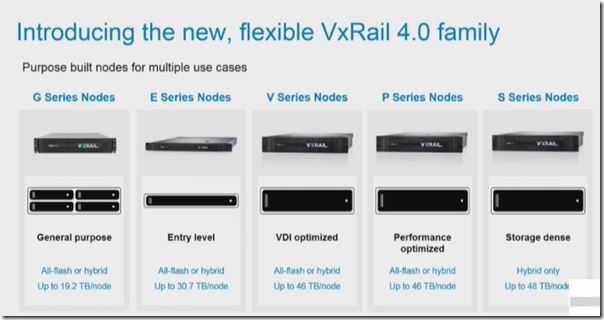