Earlier this year, VMware brought a dramatic chance to their virtualization platform with vSphere 7.  Now its time to bring in bug fixes as well as usher in new features with the U1 update.  This post will focus on changes coming to the vSAN software.  This software was designed with enhancements in 4 key areas:

Building on an already powerful Kubernetes offering with Tanzu, VMware has enhanced VSANs ability to work with containers and stateful cloud native applications thought the use of a Data Persistence platform (DPp).  This service provides the proper framework required for integrating stateful apps into vSAN.  By utilizing this framework, applications can assume the resilience responsibilities, cutting down on the overhead required by VSAN and allowing the applications to consume storage that would be equal to VMFS & RDMS.

One of the biggest issues I’ve had with vSAN storage was that it was only dedicated to the same compute cluster.  This meant that things had to be incredibly right sized.  Otherwise, you had a lot of wasted space or had to add extra compute just to add storage.  This is where HCI Mesh comes into play.  Now you can share empty storage from one vSAN cluster with another cluster and make efficient use of the space.  Other enhancements have come in the form of customization settings for DD&C.  Now you can turn of the deduplication service in clusters that run workloads that wouldn’t benefit from it.  This frees up compute cycles that would otherwise just be wasted.  This setting also has the benefit of not taking out the entire disk group if a single disk fails.

Capacity management has also improved with more details being displayed about the cluster consumption.  Now users can get a more accurate depiction of just what is using up the space and can plan accordingly.  Increased efficiency also came to large clusters where the amount of reserved overhead space actually reduces as more nodes are added.  On the flip side, for smaller 2 node clusters, a single vSAN Witness can handle up to 64 2-node clusters (instead of requiring one per cluster).  This is great news for companies adopting vSAN for both their core datacenters as well as smaller remote sites.  And finally, VMware brings an overall performance increase to vSAN services, especially those utilizing erasure coding for increased capacity efficacy over a mirrored storage policy.

One of the other big issues with vSAN has been maintenance.  Effectively faulting the system if you want to put a host into maintenance mode right away (or wait a while for data to be evacuated).  Now enhancements have been put in place to help get the last writes done quicker and the hosts in and out of maintenance mode even faster. The in-memory metadata tables are now being written down to cache in a “Save and Restore” method to allow hosts to reboot and come back into service faster, which allows for a quicker rolling reboot upgrade scenario.

The biggest, and probably best, enhancement that comes to file services is the support of SMB.  Especially in smaller sites that need file services, a single VSAN cluster can now replace all the specialized storage services that normally needed a stand-alone array.  With support for both NFS and SMB, multiprotocol is now being offered and these can be shared back into applications.

These are all welcome changes and enhancements to VSAN and address a lot of things users have been bringing up for a while now.  Hopefully with the release of U1, users will now start upgrading from 6.7 sooner rather than later.

As with my previous post, I wanted to take a moment to focus on some coming changes to vSAN 7 (something I work with on an almost daily basis).  Now, most of you are probably aware of vSAN and hopefully a good amount of you are using it for some of your workloads.  VMware has announced today it plans to bring some enhancements to bolster the offering and cement this as a product to handle the workloads of the future.

One of the early features of vSAN was to support an iSCSI connection to VMs or non-ESXi hosts, most of this being used for workloads that still needed a block based storage device.  Well now, VMware is implementing File Services into the mix.  Now, before you throw away your NAS device, this is just NFS support (Sorry CIFS users, you’ll have to wait until next time).  This support allows vSAN to be better suited for cloud native workloads and those that need a file based persistent volume to be shared with VMs.

Stretched clusters are gaining popularity as an alternative way to do active-active sites and disaster recovery with a low RTO.  A couple of key enhancements are coming that will definitely help.  First, there is going to be some enhancements with DRS in the event of a failover and recovery.  If the primary site comes back online, DRS won’t move the VM back until the resync is done, thus keeping the strain down on the ISL line having to try and pull data from the other side. Second, the “replace witness” command will start immediately repairing things.  Third, and probably the most interesting feature.  In the event that you run out of space in the secondary site, the system will allow the VM to keep running on the primary (with an alert) and will resync once space is added.

VMware has also gone ahead and improved the reporting and management features of vSAN.  VM capacity reporting is now consistent across both the UI as well as APIs.  This will also take into account things like thin provisioning, swap and namespace objects as well.  You can also easily view how much memory consumption is being taken by VSAN (especially important for those of you with low memory hosts).  It is also easy to see objects created by vSphere Replication.

Lastly, let’s take a moment here to talk about some speeds/feeds related enhancements.  vSAN now supports 32TB drives (if ever one would exist in a cost effective version), but this also increases the max storage to 1PB in logical capacity.  One of the biggest new enhancements that is coming with vSAN 7 and vSphere 7 is that NVMe gains hot plug support.  What this means is it’s no longer a requirement to shut down the host to replace an NVMe drive (something I’ve been waiting over a year for since we starting going mainstream with NVMe drives in VxRail).

The last big change is actually for a very specific workload.  Those that are sharing a disk between VMs (Oracle RAC) no longer have to have that disk thick provisioned.  One thing that wasn’t shared with me, but may come up later is about the cache size.  In vSAN 6, the cache size is limited to 600GB (even if the disk is larger).  I’ve heard nothing on if this changes, but will update this post if it does at launch. 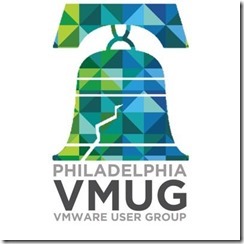 I wanted to give a quick shoutout to the Philadelphia VMUG Usercon coming up on Thursday, June 21st.  At 10:30 AM I’ll be presenting “If VSAN powered the Matrix”.  This presentation was originally created by Nick Korte but I plan to my spin on it.  I hope many of you can make it.  For more information about the usercon (or to register to attend), check out the site here: https://www.vmug.com/Attend/VMUG-UserCon/2018/Philadelphia-VMUG-UserCon-2018