Last week I was asked by Rick Vanover to review a new community project he was putting together called Backup Academy.  The site, located at www.backupacademy.com, is dedicated to IT and Storage professionals who are looking to learn the basics of performing backups and recovery of a virtual environment.  This site is product / vendor neutral and is supported by experts in their respective fields.

Backup Academy greets you with an introductory video that is narrated by Rick as well as an introduction to all 5 current professors.  The initial group offers information from the following people:

These 5 experts have put together a total of 8 videos that cover a variety of backup and restoration topics:

Once you have completed these videos, you should have enough knowledge to earn you Backup Academy Certification.  This simple 35 question exam covers the material reviewed in the videos and ensures a basic understanding of backup and restore technologies in a virtual world.  I was able to pass the exam on my first try and I am now Backup Academy Certified.

So I urge you all to checkout the website and learn as much as you can from the videos.  If you think you have something to offer in return, feel free to apply to be a professor. 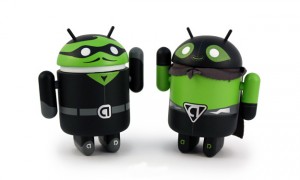 Two weeks ago, VMware held their annual gathering of all things virtual.  Las Vegas was buzzing with technology from all parts of the globe.  While I did not attend in person, I was there in spirit (or in the cloud as some would put it).  There were many great announcements that came out of the conference.  While many revolved around vSphere 5 and storage technology, there was one particular announcement that caught my attention. 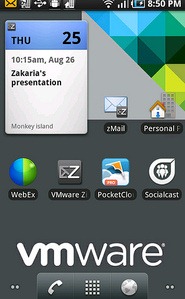 On August 30th, VMware announced their new venture called Horizon Mobile.  This new virtualization platform allows for a user to run a separate virtual phone on their android device.  This effectively offers the user both a work phone and a personal phone on the same hardware with just the push of a button.  This benefits both the user and the supporting organization behind it.  IT departments will be allowed to push out corporate policy changes to mobile devices without effecting the personal usage of a phone.  On top of this, a business would not have to incur the extra cost of having to issue a separate device to an employee when all they will need to do is just push out a software update.  The same goes for retrieval after an employee has left the organization as all that is needed is a remote wipe of the business OS instead of trying to track down the hardware.

With the rise of the android personal phone, most users do not want to carry a second one just to be able to receive work calls and email.  The two mobile instances will be separated at the core, but allow for some overlap.  In a world where android viruses are starting to become more present, any such mayhem caused to the personal side of a phone will not effect the business side.  On the other side of the spectrum, if the user is working on a business email and gets a personal phone call, a notification will pop up and allow them to answer while not leaving the virtual instance on the phone. 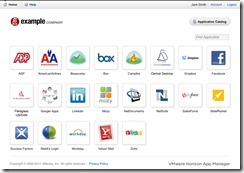 Combined with this is the Horizon Mobile Manager.  This application is the heart and sole of the mobile instance, allowing for application and policy changes to the work side of the phone as well as a health check of the mobile instance.  A separate application catalogue has also been included to ensure that all proper licenses can be handled by the company instead of the user.  VMware has even included the option to push out these changes as an Over-The-Air update to phones connected to a cellular network.

This new tech also raises several questions as to how you can have two completely separate phones under one piece of hardware.  The current market for GSM technology ties everything to the SIM card in the phone.  Your mobile number and data usage are all tracked on this.  This means that you cannot get two different phone numbers for the same phone and raises a few questions.

I search around for the answer to these questions and did not come up with much.  However since this announcement was nothing more than a preview of things to come, I assume things will all be ironed out when it launches in a few months.

The tech demos I saw also showed a lack of an in handset security feature.  While I might not be so keen on lending someone my work phone to play with or make a call, I would be more likely to lend them my personal phone.  All the demos showed off how a user can switch to the other profile with just the press of a button.  What I’d like to see is some sort of pin code protecting this feature.  If I lend my phone to a friend and they accidentally hit the button, they could start making calls from my work number without even knowing it. 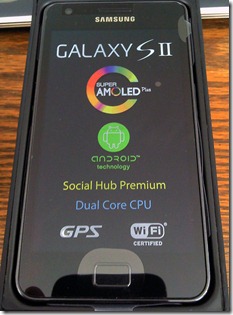 So “Why is this so important to me?” you may be asking yourself.  As it just so happened, I recently purchased the new Samsung Galaxy SII phone and have been enjoying it.  I’ve overclocked the dual core cpu up to 1.6Ghz while decreasing the voltage to maintain battery life.  This works very well for me with this announcement as Samsung was listed as one of the hardware partners and several press announcements and blogs have indicated that Horizon Mobile is being designed to launch initially on the Galaxy SII.

I look forward to the coming months as more information comes out and I hope to be one of the few people who get to launch with this application.

It seems like only a year ago Chad Sakac and Christopher Hoff decided to have a dodge ball competition at the end of VMworld 2010. This year the battle is back and bigger than ever. Not only do they have more teams and a bigger venue, but this year they playing for a good cause and all proceeds will be going to the Wounded Warriors Project.

The Wounded Warriors Project is a charity that helps aid veterans that were injured in the line of duty. Having never served myself, I can only imagine what these people went through on the battle field and I think we can all do our part in helping them off the battlefield.

If you want to attend the event, you can find more details here. Whether you are attending the event in person or not, I urge you to donate to the cause by clicking this link. While I myself will not be attending this year, I wish all teams the best of luck! 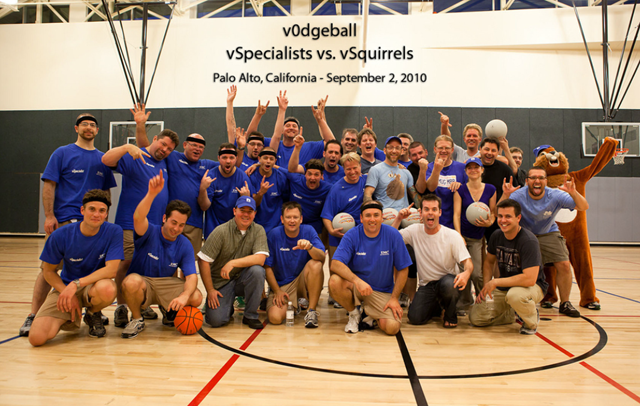 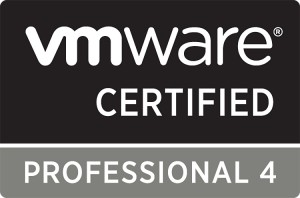 With the recent announcement of the VCP5, the time to take the VCP4 is running out. On top of that, VMware is currently running a promotion that allows for a free retake if you schedule and take the exam in the month of July (promo codes “VCPTAKE1” and “VCPTAKE2”). This renewed sense of urgency has motivated me to get my certification now. I took the required course back in December, but without having a home lab until a few months ago, I barely had any exposure to VMware products. By taking the VCP4, I will be eligible to take the VCP5 without having to take a training course as long as I complete the exam by February of 2012.

The VCP4 exam consists of 85 questions that cover the changes version 3 to version 4 as well as a basic understanding of ESX/i 4, vSphere 4, and the related plugins and features. The exam is scored on a scale from 100 – 500 and a 300 is considered a passing score. With that being said, it is my understanding that this exam is no walk in the park. This will test your understanding of exact minimums and maximums, what hardware can be used and how it works, and how the software is installed, configured, and used.

Preparing for the exam: 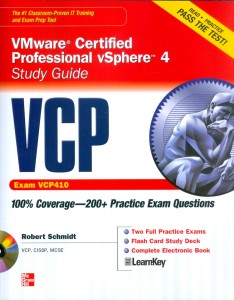 The only thing that VMware requires to take the exam is to take the certified training course. This will provide the minimum amount of exposure that VMware feels is necessary to come with the certification. I took this class with my coworkers Mathew Brender and Tommy Trogden back in December of 2010. Now it is time to study for the exam. Besides the standard resources made available on the VMware website, I picked up 2 books. I am using the “VCP VMware Certified Professional vSphere 4 Study Guide” by Robert Schmidt as well as the “VCP4 Exam Cram: VMware Certified Professional” by Elias Khnaser. Both of these resources come with very detailed overviews of all the topics covered for the exam as 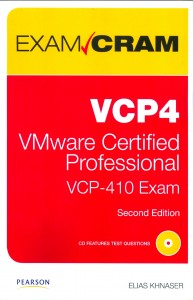 well as a plethora of test style questions designed to give you a taste of what to expect. However I’ve found the questions on one book to be much easier than the other so I’m hoping the true questions fall somewhere in the middle.

I can combine this with my home lab to test things I’ve been reading and to redo the labs from the training course. My home lab is more or less based on the Baby Dragon from Phil Jaenke. However I only have one physical host at this time. Luckily, ESX/i can be run virtualized, so I can create a few virtual hosts to test the more advanced vSphere features.

Final thoughts before the exam:

At this point I am 10 days away from walking into the testing center. I have completed most of my reading from the two books, I am reviewing test questions, and I am trying to reconfigure the lab to redo some of my old excercises. I am always looking for new practice test questions and there seem to be plenty of them on the web (like the website of Simon Long). If you have any good links, please feel free to leave them in the comments and look for me on twitter after the exam to see how I did.